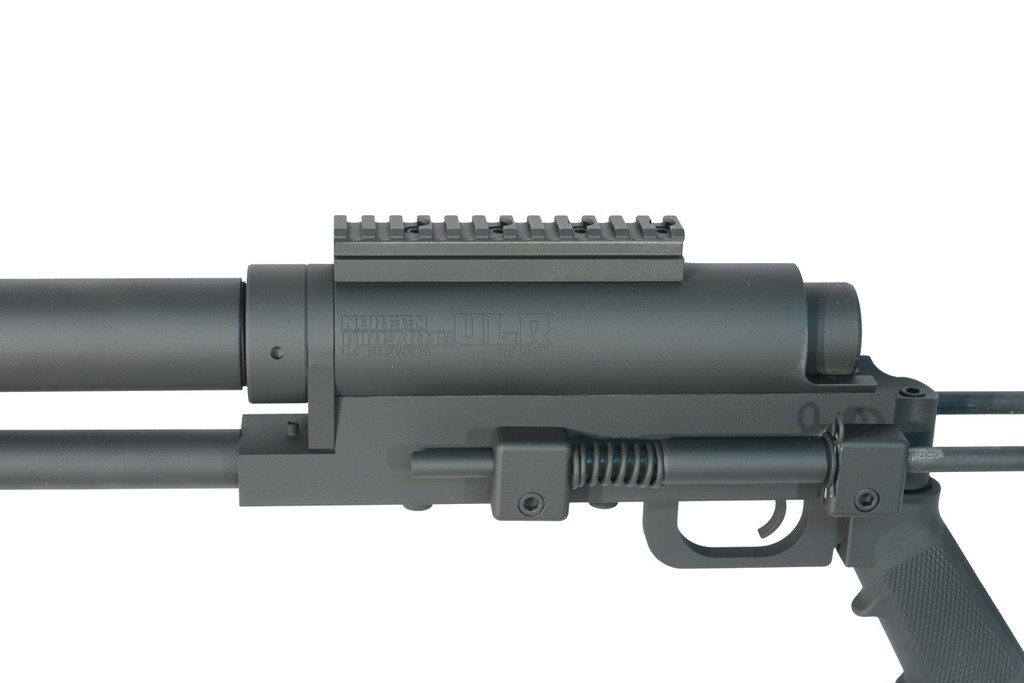 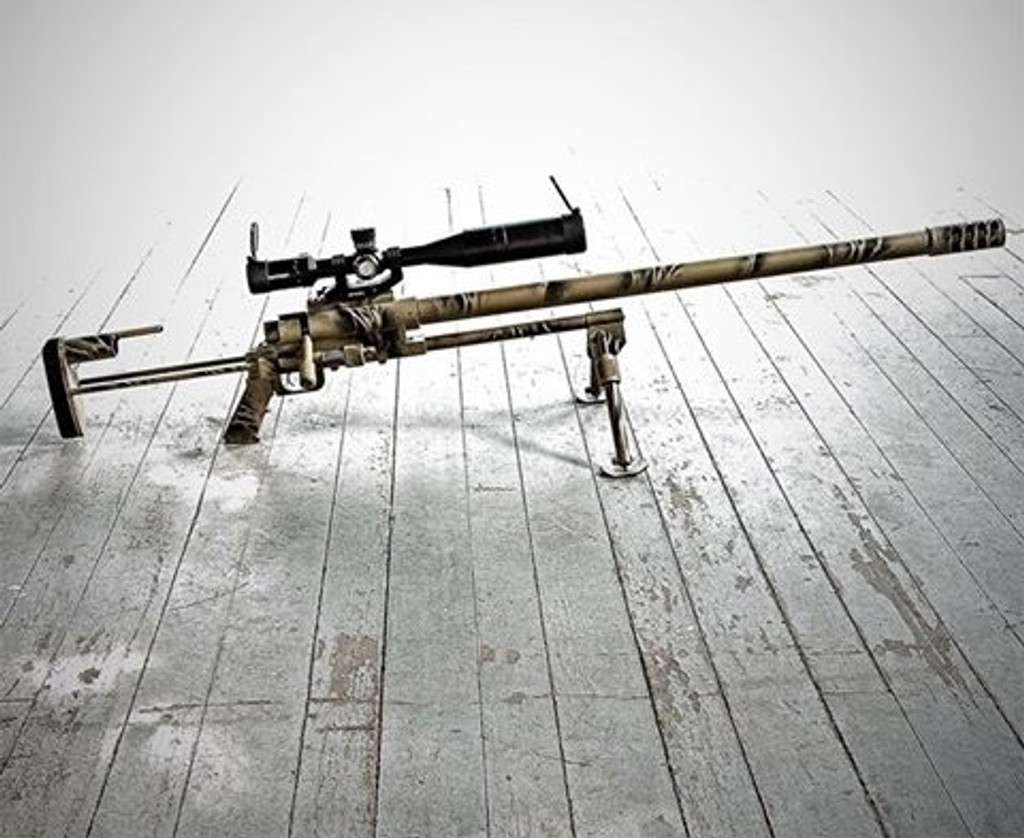 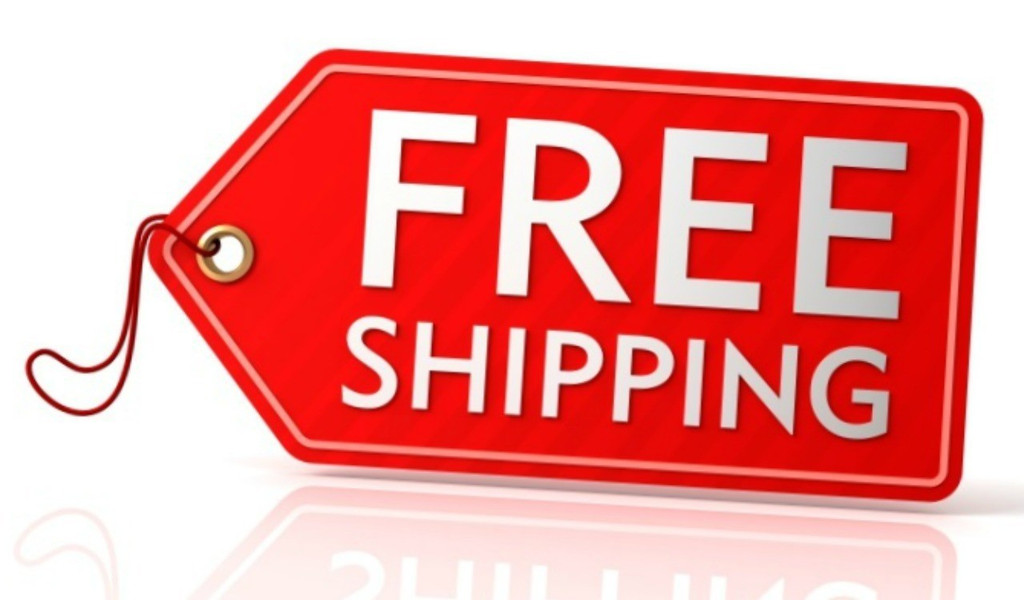 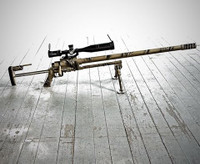 This single shot bolt action was designed with simplicity in mind. The single shot shell holder bolt allows for easy and quick reload, and maintains the simplistic nature of the rifle. The ULR was designed to do one thing; fire large caliber rounds further than most people are capable of. The stock springs and Noreen Design muzzle brake help to drastically relieve shooter stress, and easily make this rifle an all-day shooter at the range.

Timney Sportsman Triggers feature a lightweight alloy housing and hardened steel working surfaces. They are lightweight, rugged and durable. The trigger pull is adjustable from 2 to 4 lbs and is adjustable for Sear Engagement, Overtravel and Pull weight.

Since it was founded in 1946, Timney Triggers has built a reputation based on the quality of its products. Because of the precision machining and workmanship that goes into each Timney product they are The World's Finest Triggers.™ Each and every Timney Trigger is individually tested and calibrated by hand in the action it was designed for before it's delivered to the customer's door.

Rifles are built to order, current lead time is 8-12 weeks!

Very pleased with rifle all the way around. Thank you guys

haven't tested it at 100 yards yet (see the moa) but at 1300 yrds it seems to do the job with mil-surp rounds. switched for a 45 moa scope mount with the rifles 0moa base, would be nice to get a 30moa option. took a bit longer to get but it did eventually get here.

well worth the time it took .. It was packed very well.. it just looks great . andd shoots great as well

It’s a nice rifle. Very heavy at 39 pounds. Feels sturdy. I got the camo finish and it looks pretty good. Only downside is the finish is a base of tan and the black is a rattle can job. It did come out good and assuming the base layer is duracoat or something then it should hold up pretty good. The bipod is fantastic and sturdy but easily adjustable. The stock only has 2 positions and they’re held in place with 2 pins. These pins are kinda small and could get easily lost in grass or snow and the holes for them can be hard to find since you look through a narrow gap and the holes are small. The bolt comes completely out of the rifle for each shot, so it’s not like a more traditional bolt action. It’s kinda like Burts gun from tremors 2, which is also kinda why I like it even more. The standard break on this is good and the accuracy was superb. For the price and what you get I can’t complain. I feel it’s better than the serbu options and cheaper than any mag fed. Excellent work Noreen!

Good rifle and very accurate. Bolt had a very tight fit into the receiver but broke in perfectly. The stock is ok but the pins are a pain. Besides that it's a great rifle.

10 rounds and already shooting pie plate at 500 yrds. at 40lbs it's not a day carrier but anticipated that. best quality ...what a fun gun to own

Had the rifle about 2 months now and this thing is a blast, literally. Shoots under 1 moa even with crappy surplus ammo. Everyone at the range looks and comes over to talk about it

I bought one in early 2008 from Peat Noreen. He had a 50 BMG on display at the Boise Idaho gun show where I was also selling my wares. He said they also made it in 416 Barrett so I ordered one. I received it in a few weeks in Colorado with 40 rounds of ammo reformed CBC 50 bmg brass .It has been ben 10 years of fun ...

Can not be beat for the money! I received it in less than 2 weeks and it was exactly as described. The case was damaged in shipping but the gun itself looked and functioned great! I highly recommend using gun grease on the bolt to ensure easy extraction. For $2000 you can’t find a better 50 cal. Noreen was easy to work with and provided a quality weapon. Job well done!

I don't even know where to start with this rifle. It has a very clean trigger pull and simple design. I was amazed at the recoil, almost as little as my 300 blk. Impossible to use without a huge smile

I have the ULR in 50 BMG. It is a very smart design and functions flawlessly so far. The 4lb trigger is very crisp. With the bipod and muzzle brake, the recoil is most like my 25-06 (no joke). After I sighted it in, I put 4 shots in 1" at 200yd. I would recommend high or extra high rings. I used Warne ultra high tactical 30mm rings to feel comfortable with the scope height. You can't shoot the ULR without a huge smile on your face! I would absolutely recommend the ULR for anyone looking for a 50 BMG or an extremely accurate large caliber boom stick